10 Of The Most Famous Navy SEALs Ever 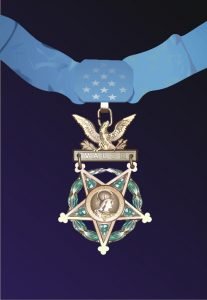 (NavySeal.com Admin Staff) The United States Navy has a long and storied history, dating back to the Revolutionary War. Over the years, it has produced some of the most courageous and celebrated warriors in American history.

Many of these military personnel are born from the special operation unit known as the famous Navy SEALs, revered as some of the most highly-trained military members on Earth.

In 1962, John F. Kennedy established the Navy SEALs as a special forces unit using the existing Underwater Demolition Teams who fought for the Navy during WWII and the Vietnam War. Since then, these elite soldiers have completed some of the most dangerous and secretive military missions.

Each SEAL is respected as a hero by their peers and the American people. From taking down Osama bin Laden to rescuing hostages, Navy SEALs have proven time and time again that they are the epitome of strength, courage, and determination.

For the record, these are famous or 'well-known' Navy SEALs and not necessarily the greatest since almost every SEAL is great to simply accomplish graduating BUD/S (Basic Underwater Demolition SEAL training) and taking on tasks beyond extraordinary.

Marcus Luttrell is a retired U.S. Navy SEAL who received the Navy Cross and Purple Heart for his actions in June 2005 during Operation Red Wings. His book about the experience, Lone Survivor, was turned into a film starring Mark Wahlberg in 2013.

Luttrell enlisted in the U.S. Navy after high school and began his training to become a Navy SEAL in 1999. He was deployed to Afghanistan in 2005 as part of Operation Red Wings.

The mission went awry when the SEALs were discovered by Taliban fighters, and Luttrell was the only one in his unit to survive. He was rescued by American forces after six days of fighting.

Luttrell was honorably discharged from the Navy in 2007 and has since become an advocate for veterans' causes. He has written a second book, Service: A Navy SEAL at War, and works as a motivational speaker.

Rudy Boesch was a United States Navy SEAL who enlisted in the Navy at age 17 and served for 45 years, including stints in WWII, Korea, and Vietnam. He retired as a Master Chief Petty Officer in 1990.

In 2000, at age 72, Boesch appeared on the first season of Survivor. He quickly became a fan favorite due to his no-nonsense attitude and military experience. He was voted out in the final three and placed third overall.

Boesch continued to make occasional TV appearances after Survivor and was a consultant on the film Lone Survivor. He passed away in 2019 at the age of 91.

Goggins enlisted in the Navy in 1999 and became a SEAL in 2001. He was deployed to Afghanistan and Iraq before being honorably discharged in 2008.

After leaving the military, Goggins decided to focus on his fitness. He also wrote the New York Times best-seller, "You Can't Hurt Me."

To date, Goggins has completed over 20 ultra-marathons, including the Badwater Ultramarathon, which he has completed three times. He has also set the world record for the most pull-ups completed in 24 hours, performing 4,030 repetitions in just 17 hours.

Goggins now uses his platform to motivate others to push themselves beyond their limits.

Jesse Ventura is a former U.S. Navy SEAL who served during the Vietnam War. Ventura enlisted in the Navy at age 20 and served as a SEAL Team Two and SEAL Team Six member.

He saw action in the Vietnam War and was honorably discharged in 1975. Ventura then pursued a career in professional wrestling, becoming a popular commentator and performer.

In 1998, Ventura ran for Governor of Minnesota as a member of the Reform Party and was elected, becoming the first and only member of that party to ever be elected governor.

He served one term before choosing not to run for reelection in 2002. Ventura has since retired from politics and now works as a political commentator.

Chris Kyle was a U.S. Navy SEAL who served four tours of duty in Iraq and is considered the deadliest sniper in American military history. Kyle enlisted in the Navy in 1999 and became a SEAL in 2001.

He was deployed to Iraq four times between 2003 and 2009 and amassed over 150 confirmed kills during his time there. In 2009, Kyle left the Navy and wrote a best-selling autobiography, American Sniper. The book was adapted into a film starring Bradley Cooper in 2014.

John Gretton Willink is a retired United States Navy SEAL who served for 20 years, including stints in the Persian Gulf War and the War in Afghanistan.

He was honorably discharged as a Commander in 2011. Willink is the co-founder of Echelon Front, a leadership consulting firm, and the author of several books, including Extreme Ownership: How U.S. Navy SEALs Lead and Win.

Willink was awarded the Bronze Star Medal and the Meritorious Service Medal. He is also a New York Times bestselling author. Willink now uses his experience to teach others about leadership and teamwork.

Michael Thornton is a retired United States Navy SEAL who was awarded the Medal of Honor for his actions during a mission in 1972. Thornton enlisted in the Navy in 1965 and became a SEAL in 1968.

He saw action in Vietnam and was eventually assigned to Operation Eagle Claw, the failed attempt to rescue American hostages in Iran.

During the mission, Thornton and his team came under fire from the Iranian military. Thornton selflessly ran into the line of fire to rescue a wounded teammate, earning him the Medal of Honor. He retired from the Navy in 1976 as a Lieutenant and now works as a motivational speaker.

Adam Brown was a U.S. Navy SEAL Team Six soldier who served in both Iraq and Afghanistan. He enlisted in the Navy in 2001 and became a SEAL in 2006. During his time in the military, Brown saw action in some of the most dangerous areas of both countries.

In 2010, Brown was killed by an IED while on a mission in Afghanistan. He was awarded the Bronze Star with Valor, the Purple Heart, and the Silver Star. Brown is survived by his wife and two young children. He is remembered as a hero who made the ultimate sacrifice for his country.

Scott Helvenston was a United States Navy SEAL who served during the 1980s. He enlisted in the Navy in 1982 and became a SEAL in 1984. Scott was the youngest person to ever complete SEAL training at the age of 17.

After leaving the Navy, Helvenston worked as a personal trainer for celebrities like Demi Moore (G.I. Jane). He also appeared on the TV shows Man vs. Beast and Combat Missions. Helvenston was tragically killed in 2004 while working as a private security contractor in Fallujah, Iraq.

Michael Monsoor was a United States Navy SEAL who served in Iraq. He enlisted in the Navy in 2001 and became a SEAL in 2006. During his time in Iraq, Monsoor saved the lives of several of his fellow sailors by throwing himself on top of a live grenade.

Monsoor was posthumously awarded the Medal of Honor for his actions. He is survived by his parents and two sisters. Monsoor is remembered as a hero who sacrificed his life to save others.

What Famous Navy SEALs Have in Common

These famous Navy SEALs went through intense training and conditioning to even be considered for the special ops group. Out of hundreds of men who try out, only a handful make it through to the end.

Every Navy SEAL deserves an honorable mention. And to all service members, thank you for your bravery and patriotism. You are the reason America is the greatest country in the world. Hooyah!