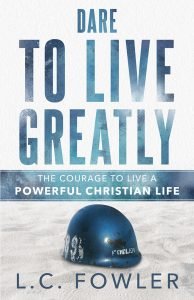 Dare To Live Greatly is a story of fearless faith, finding purpose in a purposeless world—and how one man survived and overcame the odds to graduate BUD/S (Basic Underwater Demolition SEAL training), called his Lymphoma cancer a gift of a lifetime and found success by the world's standards. But still, that was not enough. 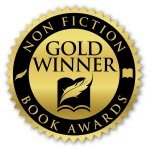 One thing all Navy FROGMEN, now called SEALs, have in common, is that they first survived Hell Week and went on to graduate Basic Underwater Demolition/SEAL (BUD/S) training in Coronado, California. For six months, BUD/S trainees are forced to endure the most rigorous physical and mental crucible known to man. To survive, these tadpoles (named after their frogmen forefathers) are forced to confront their greatest fears, reach deep within, and summon the courage to press forward in the face of insurmountable odds—assuming they survive the training.

Paperback & Kindle
Larry did survive Hell Week and graduated BUD/S Class 89, the class who created the motto “The Only Easy Day Was Yesterday.” During his training, Larry created a detailed journal to show his future sons what it meant to live a faithful Christian life, even in the midst of what looked and felt like hell. He wanted them to see how his faith formed and informed the continuous, action-packed, ongoing, and constantly fulfilling adventure of life in BUD/S, then as a Naval Special Force's operator. 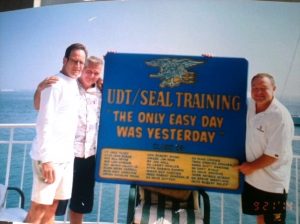 Dare To Live Greatly doesn’t just invite readers to experience “a day in the life” of a BUD/S trainee. There are plenty of books and movies that already do that. Instead, Dare To Live Greatly is more about thriving through fears, surpassing goals, and finding your life-long purpose. It’s a gritty, captivating story told through the lens of a man who fearlessly embraced his faith as a searing source of strength and inspiration, no matter how dire the circumstances. And Larry knows just how bad things can get. While he’s had great business success, he’s also experienced the death of a child and treatment-resistant cancer. Still, he continues to live a tenacious life.

This book will spur every reader—believer or not—to consider their deepest calling and the bigger purpose for which they were made. Dare To Live Greatly is not just about confronting fears, but running toward them. The book accomplishes that goal through a series of autobiographical reflections that apply what Larry learned in BUD/S and the business world to readers’ daily lives. Each story is both inspirational and actionable.

Dare To Live Greatly is a game changer for any man who is ready to take a stand for his faith, even through hell and back. It’s also the perfect gift for any woman who seeks to encourage the warriors in her life, and at the same time, who is ready to double down on her courage to forge ahead, no matter what. This book also demands the attention of every man and Church leader who wants to prove that the lives of faithful men are more than long-faced and boring, which is what Larry believed growing up.

Today more than ever, life’s circumstances including fears, anxieties, loss of jobs, and addictions can break most any human. Suicides are the second leading cause of death for young adults, and numbers are continually climbing for all Americans. Yet, the better—and often harder choice—is to dig in and push through. Dare To Live Greatly is about the tenacious courage to move forward, no matter how dire the circumstances.

And finally, a coveted review from a nonreligious organization,"A very positive, encouraging book that gives insight into how the author survived the grueling training to become a Navy SEAL and the mental approach and underlying beliefs everyone needs in order to reach their goal. The training was clearly more brutal than would be expected today, but for those who survived it and became SEALs, it is a badge of honor. It wouldn’t normally be my choice of book, but it draws you in to see links between being a SEAL and a Christian, a new perspective on how he uses his faith throughout his life. Some great little anecdotes such as the reference to “stop bleeding on the deck and get back in the pool” and the reference to avoiding sappers – those who sap your energy. I loved the story of how he met his wife but was very sad as he shared memories of the death of his son. This is a powerful story that will resonate with many readers, whatever their religious beliefs."
- Nonfiction Authors Association Book Awards Program

A non-government, privately owned website nor do we represent the Navy or the Special Warfare Community in official form or capacity.