BUD/S Class 89 Reunites At The West Coast SEAL Reunion: No Participation Trophies Given Out Here!

I never attended a military reunion ever.

Admittedly, I felt they were for old people who are well past their active years.

This became apparently true as my swim buddy, after going through BUD/S, 46 years ago, and I visited our training swimming pool on the Coronado Amphibious base where Seal trainees hopefully will survive six months of physical abuse and mental agony in their pursuit of becoming a Navy FROGMAN.  You see, upon walking to the pool to reflect on often painful memories, there was an active SEAL who stopped us and asked who we were.  My swim buddy, Guy Cortise, responded we're here to attend the SEAL reunion and wanted to see the pool of so many memories and he quickly responded, "sure, I have to get back to my (swimming) laps." 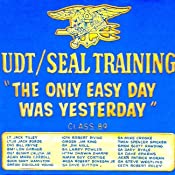 Honestly, I get it, my swim buddy and I are now the dismissed, old guys who should be counting cars on the front porch of back hills home.

To be clear, when I was twenty-something and active, I felt the same way.

So, with this in mind, our four-day journey attending the Seal reunion began.  Humbly.

It's Wednesday, August 17, we met our BUD/S 89 classmates at a local bar in Imperial Beach.  I dare say, after 46 years as we're all climbing the ladder of an aging life, gravity has taken its toll.  Of twenty-four classmates who graduated, we had eleven who showed up.  Plus a few more from neighboring classes.  Not recognizing a few, it felt like a masquerade ball. Wrinkles, graying of hair at best, and undocumented pounds clearly had taken their toll.  But don't be fooled, the minds of these timeless warriors were sharp as their BUD/S graduation day.  Not only that, they still knew how to party.  The many high fives, ancient war stories, and pitchers of beer proved that.

The next day, the party only got wilder.

We met at the same bar and had BBQ catered. If we forgot how to live it up the night before, all bets were now covered.  I honestly cannot think of better friends than those of decades past, even old enemies are a welcomed sight.  Keeping in mind, it's these guys that shared life surviving urine during hell week in the Tijuana mud flats. It's these guys that ran for seemingly hundreds of miles, in boots, in a foot deep of thick sand that's life mission was to slow you down to a crawl.  No participation trophies were given out. There are already many stories about BUD/S training and most I dare say are true.

After many hugs and unfathomable stories of great grit, courage and perseverance we called it a night. 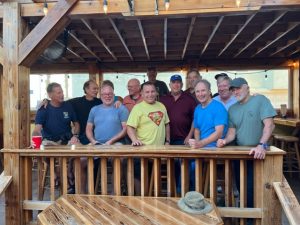 On Friday, buses loaded at McP's Irish Pub (a Coronado bar owned by a SEAL) to take about 140 SEAL retirees and families to the new SEAL compound housing SEAL Team 1 and 5.  Although pictures were not allowed, the mental snapshots of the highly modern training facilities would match those of highly financed tier one college football teams.

Saturday finally arrived. The UDT/SEAL organization hosted a picnic providing food and refreshments. This is a time to not only see our own BUD/S class 89 one last time but to visit with all other classes as well.  For me, it was especially memorable to say 'thank you to several of the BUD/S instructors who molded our abilities to never quit, and to persevere no matter how dire the circumstances. Although many were no longer with us the few that were, what a moment in time.  These men, along with Joe Tvrdik, MC Gardner, Crawford ('Craw-dad') to name a few, are legends that should never be forgotten.

In summation, although each team member journeyed in his direction and became unique to the world, we all share a common bond. It's one of great pride, endurance, and teamwork.

Afterward, one teammate attending told me that he contracted COVID during his trip to the reunion, but in the same breath said it was well worth it!  You expect nothing less of a Frogman!

It's been said that a chain is never stronger than its weakest link.  If that is true, I'm beyond honored to be a member of BUD/S class 89.  Even as that weakest link.  For that, I owe a lifetime of gratitude to my brothers of BUD/S Class 89.

One last thing. If you’re twenty-something and at a good fighting weight enjoying the adventures of life, it may be worthy to remember those who contributed to making it all possible for you maybe forty-six years earlier.