How Much Do Navy Seals Make? 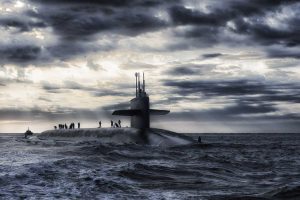 Do you make a lot of money if you're able to join one of the most exclusive military units in the world?

One of the main reasons a person might join one of the many prestigious branches of the military is to make a comfortable living with several benefits that can benefit them for the rest of their lives.

But how much do Navy SEALs make?

We'll answer that question and more in this article. Keep reading to learn more.

What Is a Navy SEAL?

The Navy SEALs are a special operations force that executes high-value missions in the sea, air, and land. This can include:

They undergo rigorous training that more than 80% of participants fail to complete.

Since then, the Navy SEAL units have taken part in several military engagements around the world, including the Persian Gulf, Kuwait, Iran, Iraq, Pakistan, and more.

Currently, the Navy SEAL size consists of around 2,500 active-duty members.

How Much Do Navy SEALs Make?

There are six different major branches of the U.S. military. This includes the Army, Air Force, Marine Corps, Navy, Coast Guard, and Space Force. When it comes to compensation and benefits, the US armed forces are pretty unilateral across all of these branches.

There are two main factors that determine a soldier's pay: years of service and military rank.

The longer a person serves as well as the higher someone is in the Navy, the more they will earn in a month. However, a soldier's Military Occupational Speciality (MOS) does not affect their compensation much.

Because of that, even top-tier exclusive units like the Navy SEALs don't earn much more than those in the Navy of the same rank and experience.

With that said, the Navy SEAL's salary is increased by things like hazardous duty pay, which allows them to earn more. SEALs also get bonuses once they do two things: become eligible for the Navy SEAL training and completely finish the training program.

Pay Grades of the U.S. Navy By Rank?

Let's take a deeper look at how much members of the Navy make based on their military rank. These figures are based on the minimum that rank can make in 2021.

The following is how much an officer in the Navy can make at a minimum per month.

Again, these figures are just a general number that doesn't take into account how many years of service they have given.

Learn More About the Navy SEALs

That's the answer to the question: how much do Navy SEALs make?

Navy SEALs are some of the most highly-respected military units in the world. There are endless inspirational stories and news to learn about them to learn about. If you'd like to learn more, check out our articles about the Navy SEALs today!