The Navy finally halted the order punishing SEALs who remain unvaccinated. Most SEALS are not being vaccinated based on their religious beliefs.

"Trident Order #12," disqualified SEALs quoting religious exemptions from the COVID-19 vaccine to include training, deployments, and all other SEAL operations.

The initial order was issued on Sept. 24, 2021, by Rear Admiral H. W. Howard, the former commander of Naval Special Warfare Command. All special warfare forces were initially expected to come into compliance with the vaccine mandate by mid-October 2021.  The order said that "Special Operations Designated Personnel (SEAL and SWCC) who refused to receive the vaccines based on personal or religious beliefs will still be medically disqualified. 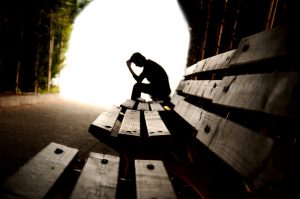 Navy SEALs rights to chose vaccination taken away until now.

Admiral Howard’s order was placed on hold due to a preliminary injunction issued by the Fifth Circuit Court of Appeals in early 2022 as part of an ongoing lawsuit brought by First Liberty Institute and Hacker Stephens LLP on behalf of 35 SEALs seeking a religious exemption to the mandate.

However, according to a new filing in the lawsuit, the Navy quietly rolled back Trident Order #12 on May 22, 2022, a few months after the injunction was issued.

It is not immediately clear whether the Navy replaced the order with any other document or the reasoning behind Trident Order #12's termination. The Navy spokesperson said, "The Navy does not comment on ongoing litigation."

First Liberty's Senior Counsel and Director of Military Affairs Mike Berry said, "Now that the Navy has rescinded this unlawful order, the only reason it won't allow our SEALs to get back to doing their jobs is because of their religious beliefs."

"America faces many national security threats, and the Navy is suffering a historic recruiting crisis. There's no good reason to keep these trained and experienced warriors from serving," Berry said.

Real Admiral Howard, who issued the original Trident Order #12, stated he was "unaware" of any Navy SEAL combat missions that had been negatively affected by COVID-19, despite his earlier claim that the vaccine mandate was necessary for successful Navy operations.

DOD, in an affidavit before the Supreme Court earlier this year, he also stated that allowing unvaccinated SEALs will cause "immediate harm to the Navy" and "to the national security of the United States" and could be considered a "dereliction of duty."

Finally, there appears to be upholding vaccination rights for all military members, including Navy SEALs, on the horizon.  Stay tuned.